As first reported by RDS reporter Stephane Leroux, the Halifax Mooseheads are on the brink of the blockbuster trade of the season; one that hasn’t even started yet.

The world of Twitter exploded after the rumours started and the prospect of landing ‘The Next Sidney Crosby’ has set Moose Country on fire.

If the reports are true, it would appear that a package of picks and players will go to the Drakkar while the Mooseheads will have a Franchise player that will go a long way to massage the wounds fans have suffered over the last three years.

The trade would be the second big move that the Mooseheads have pulled off in the last year, successfully bringing young Czech forward Marty Frk to Moose Country last summer.

Henry is a contributor to Sportstream.ca and part of the Bill McLean Sports Show on 88.1 CKDU every Tuesday Morning at 11. You can follow him on twitter at HenryWhitfield, where he live tweets his thoughts during each Mooseheads game. 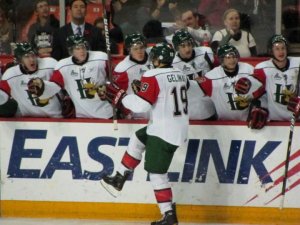 Mooseheads look to get back to winning ways

They meet on August 20th at 4pm at the Halifax Forum and play the same time in Cape Breton the following afternoon.

The Moose will play all three of their home games at the Forum and will be trying to turn the page on what has been a dismal three seasons.

Highly touted prospect Jonathan Drouin will be in the spotlight, while a host of other freshly drafted players will be in the mix to crack the lineup.

The net-minding job is Anthony Terenzio’s for now, but over-ager Frederic Piche had a strong showing in the second half of the season and newly drafted Zachary Fucale will be hoping to force his way into the fold.

Henry is a contributor to Sportstream.ca and part of the Bill McLean Sports Show on 88.1 CKDU every Tuesday Morning at 11. You can follow him on twitter at HenryWhitfield, where he live tweets his thoughts during each Mooseheads game.

A blog covering the Beautiful Game and the Brutal game.

Covering the issues from the grass to the ice, this blog is all about Soccer and Hockey - big news, big drama and lots of gossip.